A Brief History of Branding 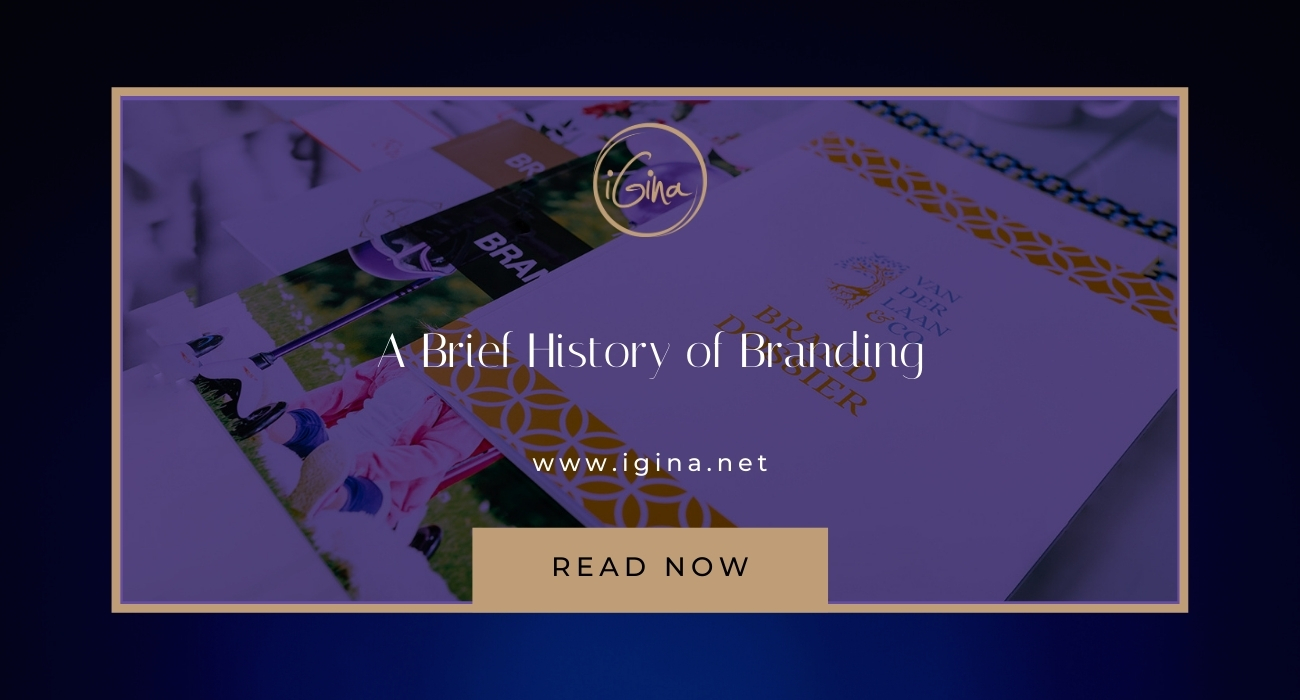 What are the origins of branding and how has this concept evolved over the years to become what it is today?  Building remarkable brands is at the core of everything we do here at iGina, so its no wonder why this quick history lesson really excites us. Join us as we take a brief look at the history of branding.

The History of Branding

There is no real concrete date in history where we can say, ah there you go, branding started right there because quite simply it’s possibly been around since the dawn of mankind.

Just think back to our ancestors living in caves, they were using markings all the way back then to communicate and claim ownership. It’s safe to say that branding has evolved since then.

gerund or present participle: branding
1. mark with a branding iron. – “the seller had branded the animal with his grandfather’s name”
2. assign a brand name to. – “cut-price branded goods”

The Beginnings of Branding

So we can’t pinpoint the exact date it started but from cavemen to 17th century Wedgewood branded tableware to our way out west cowboys marking their cattle, branding in a sense, has most certainly been around in some form from the very beginning.

A Mark of Quality

During the 1820’s, mass production and mass trade of ale, wine, and foods began. It saw traders burning their mark into crates to distinguish themselves from other traders.

Here we see a more modern take on branding, over time consumers came to recognize and associate products with these marks. And 50 years later in 1870, it became possible to register a trademark.

1876 – The Bass Brewery’s label incorporating its triangle logo for ale was the first trademark to be registered under the Trade Mark Registration Act 1875.

United States: there are a few claims

A design mark with an eagle and a ribbon and the words “Economical, Brilliant” was the first registered trademark, filed by the Averill Chemical Paint Company on August 30, 1870 under the Trademark Act of 1870.

The oldest U.S. registered trademark still in use is trademark reg. no 11210, depiction of the Biblical figure Samson wrestling a lion, registered in the United States on May 27, 1884 by the J.P. Tolman Company  (now Samson Rope Technologies, Inc.), a rope-making company.

1875 – The Krupp steel company registered three seamless train wheel tires, which are put on top of each other, as its label in 1875, under the German Trade Mark Protection Law of 1874.

Brands began to use this opportunity to also offer promises to their consumers and slogans were born.

The invention and rise of television and the radio opened further opportunities for companies to advertise, and it wasn’t long until they realized the power and success of this.

By the 1960’s companies were beginning to build their brands and using mass media to associate brands with emotional benefits rather than functional ones – as Coca-Cola promised in 1979 with “Have a Coke and a Smile!”  — just happier.

By the 1980’s, the world was connected, and companies were building global brand loyalty, presence, and awareness. I

With the development of the internet and in recent years, social media, the possibilities seem endless. Companies can reach anyone, anywhere.

Even individuals, through social media, are branding themselves and becoming famous from it. There are hundreds of thousands of now-famous Instagrammers and bloggers.

Unlike consumers of the past, internet-connected people of today aren’t satisfied to merely consume – they want to participate.

With the internet and fast-growing social media, it seems like the future of possibilities is endless, but we are saturated by bad marketing and bad branding.

That’s where companies just like iGina come in, to help the serious players define themselves in an overcrowded market.

Discover just what we do, and how we help small businesses build a remarkable brand.

I'm Gina Dunn, Brand Strategist and CEO of iGina - and my mission is to help entrepreneurs to define and build brands. Let's bring your brand to life!

Did you know that brand-led businesses outperform their competition by 83%? Get started by mapping out your very own brand strategy yourself with our Brand Canvas - get it here. 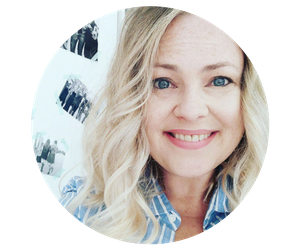 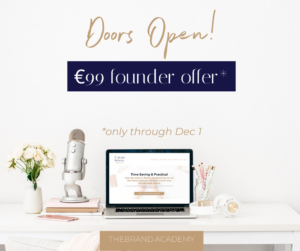 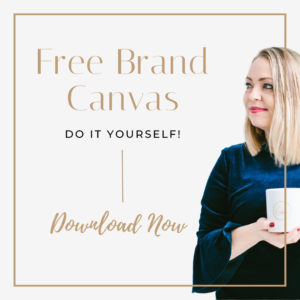 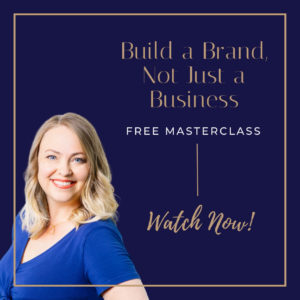